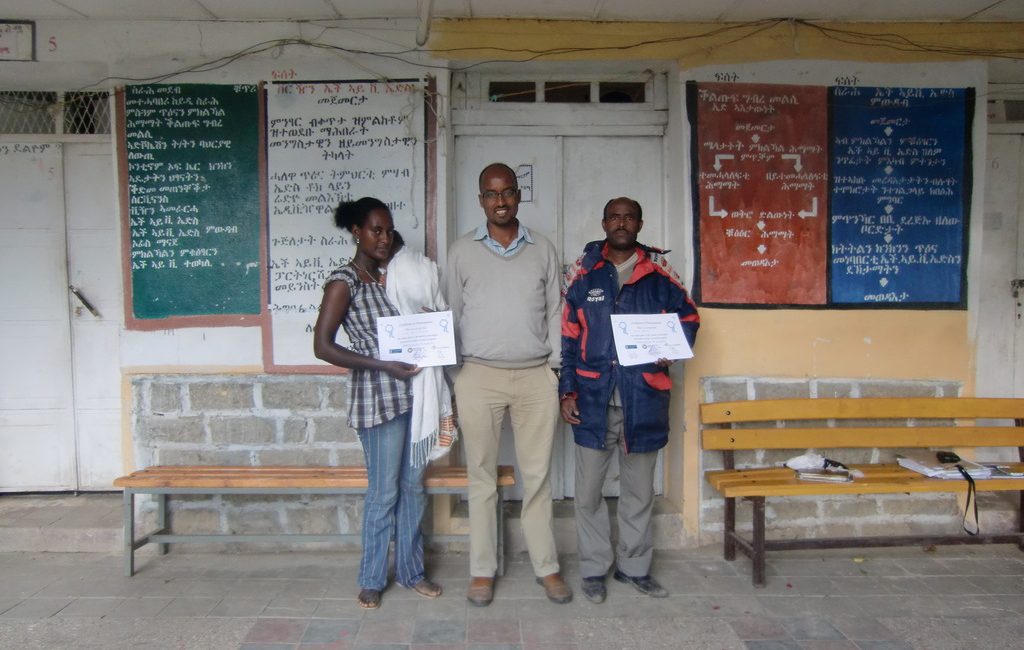 We’ve recently given out the certificates of participation for all the Health Extension Workers, midwives and supervisors who have been working with us for the last two years. We really appreciate all the effort and time they have put into making the project a success. Here are a couple of photos of Araya presenting some of the certificates:

Couple of short videos from our recent HEW training sessions:

Last week I spent several days visiting the training Araya and Florida are running to show the groups of Health Extension Workers how they can use smartphones for data collection.

We first visited a group in Adi Gudem (about 30km south of Mekelle), they’ve had the phones for several weeks now, so are already familiar with them. The training revolved around them using an updated client application (we’ve also changed the server software to use OpenDataKit, but this ought to be invisible to the end users) and the new ante-natal care protocols that we’ve developed over the last few weeks. For the second group in Wukro (about 40km north of Mekelle), this was their first training session, so they’d not used the phones at all before.

All seemed to go well, we had a couple of technical issues that I need to look at this week – but this is to be expected given that we’re still in the technical feasibility stage, we won’t be starting the intervention study until early next year. One of the issues we’re still finding is the level of English of the HEWs – it seems likely that we’ll need to provide the protocol questions in both English and Tigrinyan.

Some photos from the training sessions (plus a few other pics):